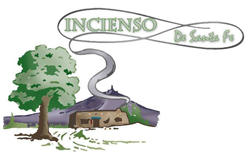 Incienso was born in the small northern New Mexico town of Cimarron in the early 1960s. Incienso still holds a special connection to Cimarron, which is most famous for neighboring the Philmont Scout Ranch. My grandmother originally fused together the company that produced plaques and other treasures for the Scouts and a budding incense idea, together to create the first products that would eventually become classics. To this day, we enjoy creating those very same mementos for the Scout Ranch!

From that genesis, the business grew, adding the original handcrafted burners. As artists would pass through town looking for work we would hire them to sculpt a new burner or to draw up art for a new box, having no idea their work would survive in exact replicas more than 50 years later. Twenty years later, we moved Incienso de Santa Fe to Albuquerque, New Mexico, where the company continued to grow adding new incense scents, expanding the line to the current seven fragrances: Pinon, Cedar, Juniper, Hickory, Mesquite, Fir Balsam and Alder. They also added several new products including a line of four larger New-Mexico-inspired burners.

To make the incense, we first start out with wood that is gathered after the tree is already “down and dead.” Meaning, we do not cut wood, but only use what nature has provided in the form of wood from trees that have naturally expired. Our other materials come mostly from other manufacturers in the United States. Just as we appreciate the support from others who support local manufacturing, we try to do the same.

Each of our burners is hand-cast and then painted in almost the exact way they were originally. Again, the process from wood to incense has changed little and we even have some of the original equipment. However, as we are the only manufacturer of this type of brick incense, so our process is a guarded family secret!