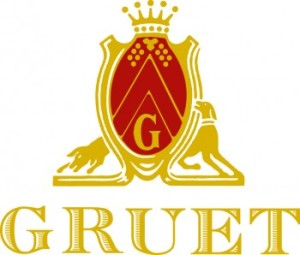 Gilbert Gruet founder of Gruet Winery was born in Bethon, France in 1931. He grew up in a poor family, and began working at a young age. In 1952, Gilbert Gruet, along with his wife Danielle, dreamt of producing fine quality Champagne. Gilbert followed his heart and in 1967 created the U.V.C.B. (Union Vinicole des Coteaux de Bethon), a co-op in the village of Bethon.

In 1983, the Gruet family was traveling through the Southwestern part of the United States, and while in New Mexico met a group of European winemakers who had successfully planted vineyards In Engle, near the town of Truth or Consequence, 170 miles south of Albuquerque. The land was inexpensive and the opportunity golden. In 1984, Gilbert Gruet, whose Champagne house, Gruet et Fils had produced fine Champagne in Bethon, France, since 1952, made the decision to plant an experimental vineyard, exclusively planted to Pinot Noir and Chardonnay grapes. His children, winemaker Laurent and daughter Nathalie, then relocated to the great state of New Mexico to begin their American wine making adventure.

At 4300 ft. the vineyards are some of the highest in the United States, so regardless of how hot the days might be, the temperature at night can drop as much as thirty degrees, cooling the fruit and slowing down the maturation process on an otherwise short growing season. Sandy and loamy soil, and a lack of humidity that might contribute to rot, give us a consistency of fruit year in and year out, and allow us to produce our award winning wines without the use of pesticides.

The excellent 1987 harvest allowed Laurent to produce his first two wines following the strict guidelines of a true Methode Champenoise. His Gruet Brut N.V., and his Gruet Brut Blanc de Noirs N.V. Production totaled 5000 bottles. All manual machinery had been shipped from France and the wine was produced in a small rented facility in the city of Albuquerque.

In 1989, after the required minimum of two years aging on tirage, our first two sparkling wines were introduced to a very appreciative wine world. Critics and connoisseurs alike were astonished by the quality and the value. New Mexico wine was on the map!